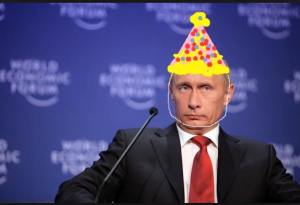 Happy Birthday, Matt. I wondered if I should be the person to write this since I have spent a grand total of zero birthdays with Matt. But I have been thinking about him and the date a lot lately. So I figured, why not me?

A December 23rd birthday is a tough one to someone with a September birthday. So close to Christmas and other holidays that it easily gets lost in the shuffle. As a kid, it probably meant consolidating birthday and Christmas presents. Boo! As an adult, it probably meant people forgetting you were another year older. Yay! But I never really talked with Matt about what a December 23 birthday was like, and now I kinda wish I had. Was it secretly awesome? Were your presents wrapped in Christmas wrapping paper? Did you somehow get MORE presents because your parents felt guilty? Did anyone ever forget your birthday because of the holidays? These questions seem more important now than they did before.

I would usually send Matt a text to say happy birthday over the years, occasionally a phone call. Just one step above a Facebook birthday wish, but it was all that was needed between friends. I knew I’d see him about a week later for the NYE party we would attend pretty much every year. We would drive to wherever Matt and Jen were living that year and they would open their house to us to stay for a few days. I’d occasionally bring him a little something for his birthday (usually booze, as is my way). He would inevitably steer the conversation to what we were going to do for the more important birthday celebration at midnight on NYE…that of our friend Jon “Word” Ruiter on January 1st. His birthday had passed and he was ready to move on. Who knows? Maybe he was always secretly pissed at how his birthday was steamrolled by holidays and other birthdays, but you never would have known it. That was Matt. Yours was more important than his. 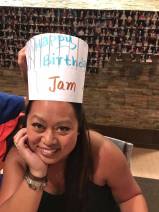 Don’t get me wrong, I’m sure Jen and the girls and his family did plenty of birthday celebrating with Matt over the years. I just happened to miss all of those celebrations. And now the date sticks in my head and my heart as a reminder of this loss. So I can only imagine what the many family and friends who spent a lifetime of birthdays with Matt must be feeling. How Jen must feel having to live through all of these “firsts” so soon after losing Matt. It hurts even more to think about their loss, because I feel guilt about my own loss. Grief is straight up brutal. And I hate it. Middle Finger Emoji!

I don’t think Matt would want us to make any more of a big deal about his birthday now than we did when he was alive. Which should be easy for me, because I barely did anything before. But now it’s not just “another birthday”, but the first birthday missed in a life cut short. It’s another sad date on the calendar I can feel creeping up and I just know that’s not right. But I can’t help it.

So I wanted to take a chance to shout “HAPPY BIRTHDAY MATT BAIR! Wherever you are now.” If there is a heaven, I hope you’re already happily looking for cost savings in their supply chain. You should know there are a few of us down here paying a lot more attention to your birthday now than we did when you were alive. I know it’s not what you would have wanted, but we don’t know any better. We’re making this all up as we go. 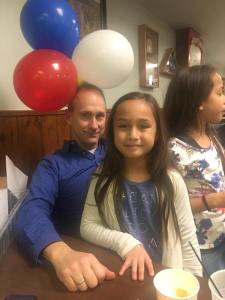 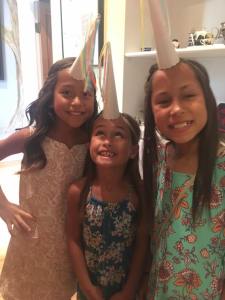 Friends and family, and friends …and still more friends …asked if there was a way to keep-in-touch, celebrate Matt’s life, find out how they can help Jen and the girls, and pretty much, when they find themselves missing Matt, where can they turn. We hope they’ll turn to this site.